Understanding Change Orders for Ambiguous and Difficult to Control Projects 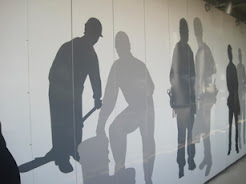 It is known that the scope of work for concrete spalling repair and similar unit cost projects can be ambiguous and difficult to control costs and time but decisions associated with such projects must be guided by the contract and construction documents because all project teams have different skills, abilities and management styles.

Also, during such project inceptions it is not uncommon for the contractor and professional team to become completely aware of the owner's budget constraints and objectives as envisaged by the owner.

Therefore, giving timely notice of work that warrants change directives or change orders for such projects is vitally important to avoiding perceived blatant disregard for the owner’s interests and budgeting objectives

1.     It has been said that the seeds for project failure are sown when projects are initially estimated, approved and continued delay in acknowledging true costs until projects reach a point of no return resulting in real project cost overruns or a perceived project failure.

2.       When work is completed without giving the required timely notifications the question of how to address the situation arises and places the professional team in the difficult position of simultaneously managing the project and maintaining the relationship with the owner. Additionally, it is sometimes the owner’s common instinct to want to approve the Change order Proposal before considering that that the contract violation (no timely notification) deprived the owner the right of exploring alternative solutions or rejecting the deviations upon discovering the conditions and before they were disturbed.

Herein lies the conundrum for the professional team’s management on behalf of the contract documents:

a.      Owner can approve the Change Order Proposal and increase the budget, proceed with the work and maintain the schedule and relationship

b.     Owner can Reject the Change Order Proposal and preserve the budget, possibly stop the work, and haggle over the proposal; and

c.      Owner and Contractor risks escalating the matter to litigation or mediation and jeopardize the owner/contractor relationship and project success.

Here are definitions taken from the publication “ConstructionManagement Made Easy” and questions to be answered before making Change Order Proposal decisions:

Questions (of common causes) before approving a Change Order Proposal:

1.     What was the Original Contract Amount?

2.     How many Change Orders have been approved to date for this project and total cost of same?

3.     What is this Change Order Proposal amount?

4.     What provision(s) of the contract documents justifies this Change Order Proposal?

6.     What are the consequences for Rejecting this Change Order Proposal?

7.     Did deficient drawings and/or specifications lead to this Change Order Proposal?  If so, the design teams errors and omissions insurance policy(s) may cover these costs.

8.     Did a Building department inspection initiate this Change Order Proposal? If so, the contractor may have a legitimate claim if supported by the Contract Documents.

9.     Did the owner or project team discover obstacles or possible efficiencies that requires deviation from the original plan or construction documents that initiated this Change Order Proposal? If so, what are they?

10.  Is this Change Order Proposal due to a claim for unforeseen conditions? If so, is there an unforeseen provision in the contract documents?

11.  Has this Proposed Change Order work been started or completed?  If so, who authorized the work and when?

12.  Did the owner demand the changes in the work such as additional or deductive features or options? If so, a fair price for the work items and fees must be added or deductive for the materials and labor plus any percentages stipulated in the contract documents.

13.  Was the project's work incorrectly estimated? If so, this Change Order Proposal should be negotiated or rejected.

14.  Did extreme weather conditions cause delays or require additional work to complete the work or add time to the contract? If so, when?

Change Orders can be divided into three categories

1.     Addition to the work agreed in the contract

2.     Omission or deduction to work agreed in the contract

3.     Substitution, alteration, or deviation to work agreed in the contract.

Common provisions relating to notice for concealed or unknown conditions

1.      Contractor is REQUIRED to provide detailed weekly quality control reports to verify work performed. Such reports should include substantiating information to validate the Change Order Proposal

2.      Knowledge of project conditions: Were the conditions known or should they have been known?

3.      Contractor has Ten (10) calendar days to notify consultant of any change in conditions that warrants a change directive or change order.  “FAILURE TO PROVIDE SUCH NOTICE WILL VOID ANY CONTRACTOR RIGHTS TO ADDITIONAL TIME OR MONEY TO ADDRESS THE CHANGED CONDITIONS.”

4.      Concealed or unknown physical conditions encountered may adjust the contract sum or time if MUTUALLY agreed between the Owner and Contractor: “PROVIDED THE CONTRACTOR PROVIDES NOTICE TO THE OWNER OR CONSULTANT PROMPTLY AND BEFORE THE CONDITIONS ARE DISTURBED”.  Then NO adjustment in the contract sum shall be permitted.

1.     If the contractor fails to give timely notice for completing work that warrants a change directive or change order and said provision has not been waived it must be construed that the notice was necessary and would be followed by the contractor.  Thus the Change Order Proposal must be REJECTED or, if the board feels obliged, NEGOTIATED.

2.     REJECTED means the contractor completed work without giving timely notice as required in the contract documents. But it may be in the best interest of the project to negotiate reasonable compensation to the contractor for the documented acceptable additional work completed. And the owner may feel obliged to NEGOTIATE the Change Order Proposal requested but should not feel obligated to do so unless the Proposal can be legitimized with supporting documents and reports approved by the respective project consultant(s):

3.     NEGOTIATING options and suggestions may include, but not limited to:

a.      Requesting a detailed letter from the contractor explaining why the owner or project consultant was not notified promptly before disturbing the conditions and completing the claimed change order proposal work.

In summary, don’t be guided by instinct.  Be guided by the contract documents when making decisions on you next project.