Understanding Budgets, Estimates, Bids, Quotes and Proposals and how and when to use them

Budget is how much money one has, expects, and is prepared to spend on the entire project.

The budget is usually prepared by the Project Owner with assistance from knowledgeable people and/or construction professionals.  Budgets require planning and/or a clear understanding of the scope of work.

1. An itemized summary of estimated or intended expenditures for a given period of time.

2. The total sum of money allocated for a specific project.

The budget usually includes a value for each major line item and contingency depending on the phase of the project when the Budget is prepared.  As the project progresses the actual costs incurred are compared.  This enables the project owner the opportunity to adjust work as allowable by the respective project contract documents.

Here is a fast and easy budget calculator for Leasehold or Tenant improvement projects. 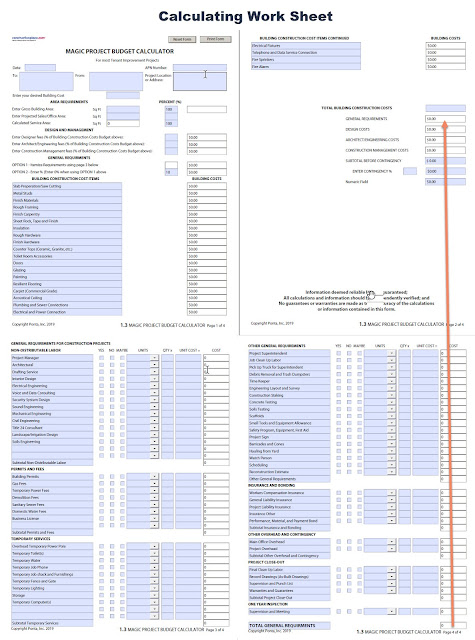 Source: https://www.constructionplace.com/Proposal to request a copy.
Also available for most Residential projects.

Here is a fast and easy calculator for any size project: 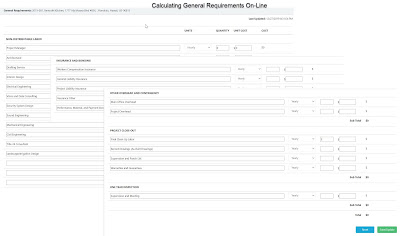 Table 3 is a simple Budget based on Quantity, Unit Cost, Unit Measure;  Table 4 includes a fixed  Budget column and a Forecast column for entering costs as they are incurred that calculates OVER or UNDER amounts; and Table 5 calculates Total Contingency percentage values at various Phases of the work. 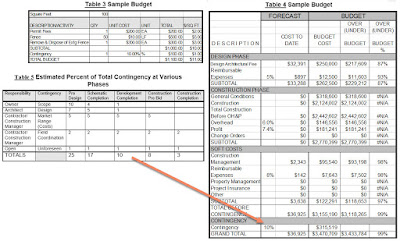 Estimates Are usually prepared with a clear understanding of the ewers' requirements  and are subject to change as new information surfaces. They detail cost expectations and scheduling information that is crucial for project success and a s sound working relationship.

For example: an estimate can get blown when they discover asbestos, old wiring, or even building department special requirements.

Additionally estimates provide a high-level overview and understanding of:

1.   The work necessary to complete the project

2.   The Project scope to broadly explain each known component and service required for the project and what they  entail

3.   The timelines and completion dates to manage project expectations

TIP! Create an estimate for every new project…Gives real meaning to the information and expectations.

Bids comprise calculated costs and time by taking off information from construction documents prepared by the project owner or prime contractor usually requested by RFPs (Request for proposals) or a clear scope of work. RFP’s can be given to a selected pre-qualified group of bidders or open to the public.

For example: A project owner looking for suitable constrictors to complete a project. They will detail what they need and make these requirements available using an RFP (Request for Proposal).

Here is a very easy and fast way of requesting Bids: 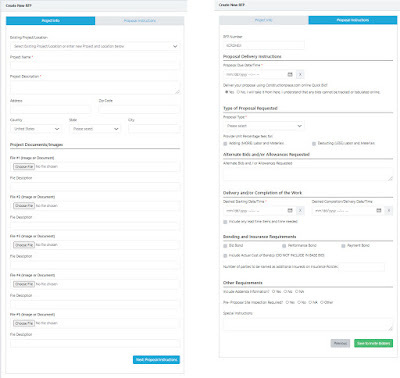 Companies can been on the projects by specifying their bid amount based on the terms of the RFP.  The project owner compares the bids and selects the successful bidder.

Tip!  Include wording in the RFP giving you the right to refuse any or all bids.  Opens the door to negotiate because sometimes the lowest bidder is not necessarily the bid contractor for the project.

Tip! When six or more bids are received delete the high and low bids and calculate the average of the remaining bids.  Gives you a good idea of the market value for the project.

Sub-contractors will often submit bids to a prime or general contractor to complete a specific part of the project. And those bids may be included in the Bid to the Owner.

Here is a very easy and fast way of submitting a Bid: 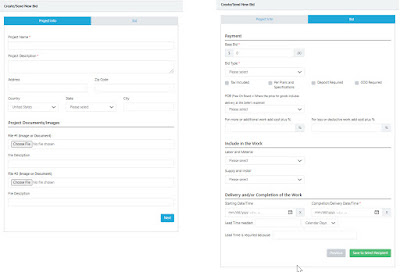 Quotes offer a fixed price for a project or item subject to acceptance within a specific time frame or expiration date.  For example: “This quote is valid for 30 calendar days from the date issued or this quote expires on [date]”.

Once the client accepts the quote you have to complete the work or delivers the item as detailed in the quote and at the quoted price. Therefore, it is important to compile a quote with a thorough understanding of what you are quoting.

While quotes should always be in writing it is not uncommon get or give quotes over the telephone. Here is a checklist of the most common information collected for a quote. 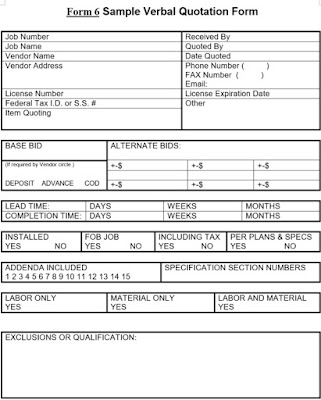 Proposals include information contained in estimates, quotes and bids while showcasing the value that you can offer a prospective client to establish trust. Clients will often provide details of what they expect in the proposal or ask, at your discretion, to offer suggestions, advice and solutions that will help their project succeed. Proposals are put together to win a client’s business at the start of a new relationship often in competition with several others. Therefore, it is essential to construct an excellent proposal and showcase value and include supporting information to establish credibility. More specifically proposals detail scope of work, timelines, deliverables, and costs or investment requirements.

Value such as saving the client money, helping them make more money, or saving them time.

Such as client testimonials, reviews, resumes, professional credentials, and insurance information including examples of past work.

Tip! Include a protection clause to prevent your hard work from being used if you don’t get the project. 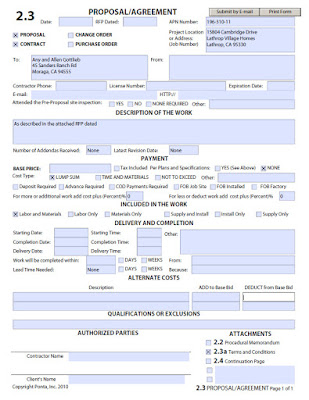 I recently observed a group meeting to discuss and approve a questionable Change Order Proposal from a  Contractor.

One of the group members and the group’s attorney floated the idea of ignoring the issue and approve the Change Order "as is" to preserve a future business relationship with the contractor.

Here are a few reasons why this eyebrow raising idea is not recommended:

1.   All contractors should be qualified and selected at the beginning of all projects because all projects have different requirements, contractor ratings and credentials changes.

2.     Any contractor left off the hook for a bonafide claim or construction document responsivity may loose respect for the owner causing a cavalier relationship during the remainder of the project and, if and when hired again, or with other clients.

Tip! Always keep hired professionals advised and/or involved with any construction document issues or concerns in writing.  Gives real meaning to the issues.

4.     While the words “fairness” and “reasonable” often come up when discussing construction issues the contract and construction documents should prevail because they protect the interests of all parties. i.e., be guided by the respective Contracts and Construction Documents.

1. An agreement between two or more parties, especially one that is written and enforceable by law
2. The writing or document containing such an agreement

All drawings, specifications and addenda associated with a specific construction project.

Issues during the Course of Construction before making final Payment:

When an issue is discovered attempt to resolve the issue amicably, but if not possible;

Here are available methods of construction using professionals, as “agents”, such as construction managers and/or architects to take on managerial services. Typically, there is no general contractor, and the owner contracts directly with the several trades’ contractors.  This arrangement can take any one of a number of forms.  See Figure 2 below for four such forms:

Regardless of the method used all parties of any project should be guided by and enforce/stand by their respective Contract(s)/Agreement(s) and the Construction Documents and avoid rationalizing and/or ignoring issues to preserve future working relationships.

Tip! Remember that requests for additional or deductive work or time alterations are actually Change Order PROPOSALS and subject to approval that should not be unreasonably withheld.

Any more ideas how to handle QUESTIONALBLE Change Order Proposals?