Building the greatest non-wall structure between the United States and Mexico (Continued from March 19, 2017) 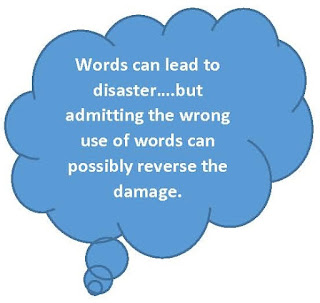 One way of earning respect and loyalty is to admit ones mistakes or errors.


In our OPINION the promise to build a wall along the southern border with Mexico was simply a poor and unfortunate choice of words by then candidate Trump.  Here is a DRAFT of what he could say now:


During my campaign when running for President of the United States I made two key note promises that I cannot keep now and I apologize for that.


I promised that, if elected, I would build a great wall along the southern border between the United States and Mexico.  My use of the word “WALL” sounded great and it was received very well by my supporters.  However, in retrospect I regret using the word “Wall” when I meant “Security Plan”.


However, now that my administration has had over two years of access to relevant government and private reports, including national security agency briefings, associated with border security and humanitarian issues, I now understand that Wall was definitely the wrong word to use because:


1.     A wall requires ongoing maintenance such as graffiti and debris removal;


2.     Some areas along the southern border have such rugged terrain and water areas making it impractical and cost prohibitive to build a wall on;


3.     Walls can be scaled and tunneled under.  In fact, I now understand that many very elaborate tunnels have been discovered at various fence locations along the Southern border;


4.     Environment impact studies would, most likely, be required in some areas;


5.     We would  have to initiate imminent domain land takings from property owners along the Southern border;


6.     For observation purposes additional see thru barriers are much more desirable and practical than a solid wall;


7.     Walls can become an attractive nuisance for both adults and children causing false alarms;


8.     We can do wonders with state of the art technology such as cameras, drones and sensors;


9.     Our Country’s border security people are second to none.  They just need more people;


10. I was not aware that hundreds of miles of fencing had already been constructed at strategic locations along the border; and


11. With the proper border security legislation we can address the humanitarian issues that drives asylum seekers to the Southern border at their point of origin.


I also promised that Mexico would pay for the wall.  I honestly don’t know why I said that because I was actually thinking border security and not a wall per sey.


During my campaign when making these promises I basically put my political objectives and needs ahead of what our actual national security needs were and are by not clarifying my use of the word WALL. I am truly sorry for that.


But let’s move forward now with a plan to achieve great border security, without a WALL, that will also address and solve humanitarian and asylum seeker issues.


Let’s use the word WALL to mean GREAT BORDER SECURITY……….Thank you!


The above, of course, is a fictional statement.  But anything is possible.


Comments and/or editing suggestions are encouraged and welcome!